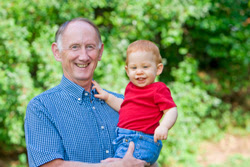 Autisme prevalentie 78% omhoog in VS


March 29, 2012 — The prevalence of autism spectrum disorders (ASDs) has increased by 78% since 2002, a new report from the Centers for Disease Control and Prevention (CDC) shows. However, the exact reason for this increase is unclear.
Overall, the report's data, derived from the Autism and Developmental Disabilities Monitoring (ADDM) surveillance network, show that in 2008, 1 in 88 children aged 8 years — 1 in 54 boys and 1 in 252 girls — had an ASD diagnosis by age 8, a significant jump from the current estimate of 1 in 110.
This marks an estimated 23% increase since the last report in 2009 and a 78% increase since 2002. According to the CDC, some of this increase can be attributed to the way children with ASD are identified, diagnosed, and served in their communities, although exactly how much is due to these factors is unknown.
"These data confirm that the estimated prevalence of ASDS identified in the ADDM network surveillance populations continues to increase. The extent to which these increases reflect better case ascertainment as a result of increases in awareness and access to services or true increases in prevalence of ASD symptoms is not known," the report authors write.
The study is published in the March 30 issue of the CDC publication Morbidity and Mortality Weekly Report.
"To understand more, we need to keep accelerating our research into risk factors and causes of autism spectrum disorders," Coleen Boyle, PhD, MSHyg, director of CDC's National Center on Birth Defects and Developmental Disabilities, said in a statement.
The study also shows that more children are being diagnosed by age 3, an increase from 12% for children born in 1994 to 18% for children born in 2000.
"Unfortunately, 40% of the children in this study aren't getting a diagnosis until after age 4. We are working hard to change that," said Dr. Boyle.
Released today, the findings are based on data from the ADDM network, an active surveillance system that estimates the prevalence of ASDs of 8-year-old children at 14 sites in the United States.
The network focuses on 8-year-olds because a baseline CDC study revealed that this is the peak age of identified prevalence.
The report provides updated ASD prevalence estimates from the 2008 surveillance year. In addition to prevalence estimates, it describes the characteristics of children with ASDs and compares 2008 surveillance-year findings with those from the 2002 and 2006 surveillance years.
For 2008, the overall estimated prevalence was 11.3 per 1,000 among children aged 8 years. The investigators report that there was wide variation in overall ASD prevalence across the 14 surveillance sites; prevalence ranged from 1 in 210 children in Alabama to 1 in 47 children in Utah.
Further, there was wide variation in prevalence estimates by sex and race and ethnic group. Boys were 5 times more likely than girls to have an ASD diagnosis. The largest increases were among Hispanic and black children.
"One thing the data tells us with certainty — there are many children and families who need help. We must continue to track autism spectrum disorders because this is the information communities need to guide improvements in services to help children," CDC Director Thomas Frieden, MD, MPH, said in a statement.
MMWR. 2012;61:1-24.
Gepost door Werkgroep WO CASS18+ op 13:40 0 reacties 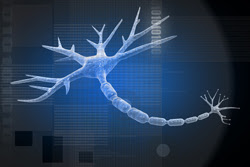